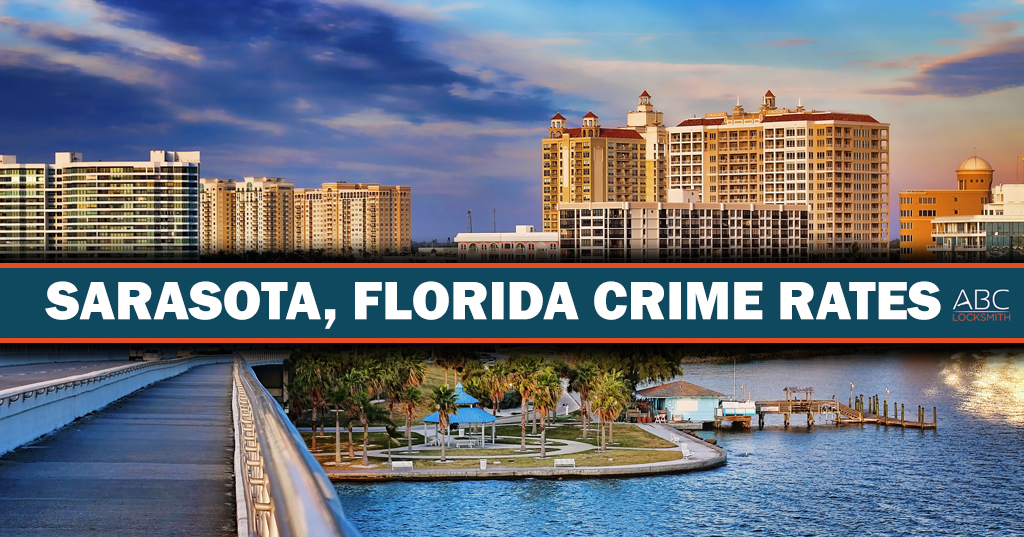 Florida has a long history of violent crime. The state is often on the news for unusual criminal activity and hair-raising stories, from kidnappings to grand theft auto. Sarasota’s criminal past has been rocky, hitting a five-year low in 2011. Sarasota is fairing better today, but there’s no guarantee that this will last.

In 2014, Sarasota earned a score better than a C+ for the first time in more than 5 years. It scored a B- in violent crime, although the score of 114.28 still was 14.28% higher than the national average. Its scores were typical for the area in the two other categories, earning a C+ for both property crime and overall score. These are the best scores Sarasota has seen in years.

These improving crime rates are a relief for Sarasota citizens after years of consistently scary scores. If the city’s history is indicative of its future, residents should use this break to prepare their homes.

Sarasota, on average, is safer than 5% of the cities in the U.S. The city sees an annual average of 359 violent crimes and 2,561 property crimes. These numbers equal 53.86 annual crimes per 1,000 residents. The national violent crime rate median is 3.8, but Sarasota stands at 6.62.

Sarasota’s annual crime rates are higher than Florida as a whole (5.4). Sarasota’s averages translate into a 1-in-151 chance of becoming a victim of violent crime in the city, according to calculations provided by Neighborhood Scout.

Sarasota residents have a frightening 1-in-21 chance of becoming a victim of property crime. The city’s median per 1,000 residents is 47.24, whereas the national median stands at 26. These property crimes are mostly thefts, with burglary and motor-vehicle theft trailing behind. Sarasota’s median crimes-per-square-mile comes in at 195, while the national average is 32.8.

Protect Your Family From Crime

Use this time of slightly lower violent and property crime rates to properly defend your home. Crime may be on a downward trend, but statistically, Sarasota most likely will have scores around the national average for years to come. With a 1-in-21 chance of becoming a victim of a property crime and a 1-in-151 chance for violent crime, Sarasota residents need to think about their personal safety. Protecting your home, business, and vehicle with proper locks and state-of-the-art security systems is the best thing you can do for your family.

Call today and get 10% discount